Wanting to be Great

From the desk of Fr. Ignatius Waters, cp

Trump wants America to be great again. How often have we heard that?  Muhammed Ali thought he was the greatest. And even Jesus’ first disciples were competing and arguing among themselves about which of them was the greatest! In today’s gospel when the people in a Samaritan village refuse to receive them, James and John also seem to have a Trump solution: “Lord do you want us to call down fire from heaven to burn them up?” 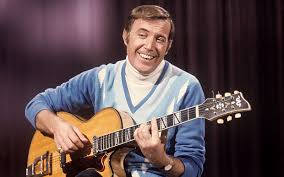 You remember Val Doonican, the very popular singer from Waterford? He once told a story about his Dad that I never forgot. When he was a young lad of seven or eight, he was called to his father’s bedside in the hospital. And his father said to him, “You know I’m going to die, don’t you?” “Yes” said the young lad, “Mammy told me.” “And you think I’m a great fellow, don’t you?”. “Yes”, said Val without any hesitation.

“Well”, said his father, “I want to tell you that I’m not the great fella you think I am. I drank too much, and I’ve messed up my life in many ways. And I won’t be long dead before people start telling you your father was no good, and I just want you to be able to tell them, “Yes, I know, he told me himself.”

Val’s father didn’t think he was great at all, and yet he was great in what matters most. Even though sick and weak, he thought of the hurt the little lad would experience when he began to hear all the stories about his Dad and he gave him a way of dealing with it, “Yes, I know, he told me himself!”

Jesus summed up what is really great in life when he said, “Always treat others as you would like them to treat you; that is the meaning of the Law and the Prophets.”

It’s also good and necessary for us to ask ourselves what is motivating us in all that we do and say. What kind of greatness are we after?

We use cookies to ensure that we give you the best experience on our website. If you continue to use this site we will assume that you are happy with it.Ok